Sometimes the Voltaire Foundation’s infamous ‘yellow folders’ throw up complete mysteries! The job of the researcher thus resembles that of the detective. And just as detectives now use technology, the advances of digital humanities allow researchers to investigate cold cases by previously unavailable means.

Housed in the bowels of the VF, the yellow folder is the gathering of potentially useful information compiled over the years in advance of the preparation of a volume of the Complete Works of Voltaire. Volume 83’s folder contained a photocopy of the following verse, a manuscript in the hand of Voltaire:

The editors of this volume – which is entirely devoted to Voltaire’s undated verse – were thus given to believe these four lines should be considered for inclusion in Voltaire’s undated poetry. Yet the incipit does not exist in any bibliographical source.

A simple Google search for ‘Pour vous, Papa, j’ai tenté l’impossible’ offers no clues. Search engines are of no use for combinations of the other verse either. Until, that is, one accommodates for the imperfections of Optical Character Recognition (OCR) that Google uses to search un-encoded text. As readers of gothic script know, ‘f’ and ‘s’ are often confused – OCR makes this same confusion. So a revised search term of ‘mes vers font durs’ was entered into Google (other search engines are available!) Result!

The verse is thus by Dupuis, who is described in the footnotes of the Courier du Bas-Rhin as a former Cornet of Dragoons. This is Pierre-Jacques Dupuits de Maconnex, later Pierre-Jacques-Claude Dupuits de La Chaux (1739[?]-1805[?]). This Dupuis (also Dupuits, Dupuit) married Corneille’s ‘niece’ – Voltaire’s ‘adopted daughter’ – Marie-Françoise Corneille on 9 February 1763. Voltaire refers to Dupuis as his ‘gendre’ (son-in-law) in the Correspondence (D10956). Thus the ‘Papa’ in the poem is Voltaire, and not Voltaire’s own father.

The only remaining mystery, then, is how this came to be with a collection of autograph poems of Voltaire. The manuscript has an inscription which reads MA635. An expert at the VF identified this as a Pierpont Morgan shelfmark. The extremely helpful staff at the Pierpont Morgan Library (New York) confirmed that this poem was held in a collection with other autograph poems by Voltaire which were recited that evening (and are now published in OCV, vol.63b, p.591). One can only hypothesise that Voltaire was touched enough by the verse his ‘son-in-law’ had composed for him that he thought it worthy of being recorded for posterity, or indeed a report to the Courrier du Bas-Rhin, or other intermediate journal, such as the Correspondance littéraire, where other poems from the fête of 4 October 1767, but not Pour vous, papa, appeared in the edition of 15 October 1767.

And thus the case is closed! 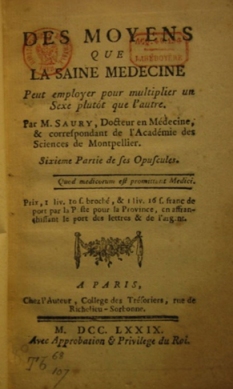 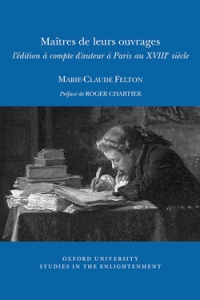