Translating French and Spanish encyclopedia articles from the Enlightenment into English is not easy. There are, of course, the typical problems that one encounters when doing any translation, such as negotiating between surface meanings and deep meanings, dealing with false cognates, contending with idiomatic expressions, and deciding whether to go with a literal or an idiomatic translation. However, when dealing with encyclopedia articles that were written at a furious pace for the gargantuan compilations that were the Encyclopédie méthodique and its Spanish translation, the Encyclopedia metódica, there emerges the problem of translating hurried and at times careless writing that was possibly never proof-read, and certainly never corrected. Knowing that eighteenth-century encyclopedists worked under stringent publication deadlines, the vexed but somewhat amused translator could hardly blame them for suffering the all-too-common professional flaw of careless writing.

This is what my co-translator, Clorinda Donato, and I encountered when preparing our volume, Enlightenment Spain and the ‘Encyclopédie méthodique’, for which we translated and annotated the articles ‘Espagne’ (from the Méthodique) and ‘España’ (from the Metódica). Although the articles are generally well written, there are nevertheless moments when authors Nicolas Masson de Morvilliers and Julián de Velasco felt the urgency of their task and careened their way through long, convoluted sentences without ever looking back. That a pronoun lost track of its referent, or that a verb strayed so far from its subject that it forgot whether it should be singular or plural mattered little when the encyclopedia mill had to keep grinding. Reading these articles I also find passages where the zeal to badmouth Spain’s backwardness or defend its misunderstood Enlightenment overrode any respect for the conventions of grammar. The passions aroused by Enlightenment debate were just too strong to obey the strictures of the Académie Française and the Real Academia. Indeed, these are the moments when Masson and Velasco are most fun to read.

Annotating these translations also revealed an interesting consequence of such hasty writing. While citing, copying, and paraphrasing was a regular practice among eighteenth-century scholars, the verification of information was not. If a scholar cites a source that is based on a citation that is based on another citation that is based on another citation and so on, that scholar will likely have in his hands a cumulative error, a product of distortions and embellishments. This is what we find in Masson’s negative portrayal of Spain and the Inquisition. Where he cites sources that have been embellished, he enters the fray by adding yet another layer of gleeful embellishment. Indeed, it would not be entirely wrong to say that the polemic emerging out of Masson’s infamous question ‘What does Europe owe Spain?’ is in large measure the result of an Enlightenment version of the game of telephone (or Chinese whispers).

But if haphazard writing and cumulative error are endemic to encyclopedia culture, then how can Enlightenment discourse ever safeguard itself from the vagaries and flighty opinions of scholars such as Masson? This is precisely the question that our volume seeks to answer. By translating and juxtaposing Masson’s and Velasco’s articles on Spain, we see how the Spaniards object to being the butt of the joke running down the telephone chain of French philosophie, and how they insist that the discourse of Enlightenment return to its more noble purpose of advancing civility and rational exchange.

Voltaire knew Brussels well: he visited first with Mme de Rupelmonde in 1722, and between 1739 and 1742 made several extended stays in the city with Émilie Du Châtelet. The pirated editions of Mahomet which appeared under a Brussels imprint in 1742 connect the name of the city with Voltaire’s crusade for religious toleration.

A 1742 edition of Mahomet, with Brussels imprint

All of us at the Voltaire Foundation express strongest solidarity with our friends and colleagues in Belgium, following the brutal events of 22 March. 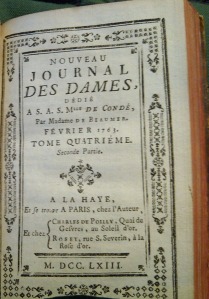 ‘The salon of the Duke of Orléans (sitting); he is with his son (standing)’ (Wikimedia commons) 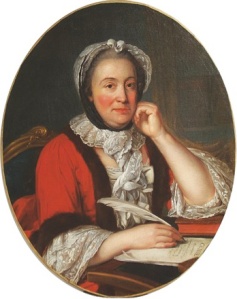 On International Women’s Day, join us in celebrating the publication next month of the final volume of letters of pioneering writer and salon hostess, Madame de Graffigny. It will mark the completion of over 30 years of impeccable editing of La Correspondance de Mme de Graffigny and bring to a close the story of Mme de Graffigny’s lost papers which began over 250 years ago.

When Mme de Graffigny died on 12 December 1758, she was the world’s most famous living woman writer. Despite the failure of her last play, La Fille d’Aristide (1758), she was admired throughout Europe for her novel, Lettres d’une Péruvienne (1747), and her drama, Cénie (1750), both huge popular successes. The publication of volume 15 of Mme de Graffigny’s correspondence brings us to her death, and beyond. Her friends wrote the last letters in this volume, as they tried to preserve her glory for posterity by bringing out editions of her unpublished works and selected correspondence. They were not immediately successful, and the moment seems right to retrace the history of her papers.

Mme de Graffigny’s will named as her executor Pierre Valleré, a lawyer and her lodger since 1743, acknowledging his extreme probity and expressing her confidence in him. Both in settling her estate and in protecting her reputation, he proved his devotion to her. The will directed that all her papers and manuscripts should go to her long-time friend and correspondent from Lorraine, François-Antoine Devaux. Valleré, however, could not deliver the legacy until the settlement of the estate, and Devaux did not actually receive it until 1771.

Meanwhile, Valleré and Jacques-Louis Desvoys, a distant kinsman of Mme de Graffigny and also her lodger and secretary in 1758, tried to secure her renown. Their effort to publish a genealogical obituary in the Mercure de France failed, because the materials sent from Lorraine lacked documentation. Valleré and others urged Devaux to write a biographical introduction for an edition of her works, but he demurred. The ‘Vie de Mme de Graffigny’ that appeared in 1760, prefacing a new edition of Lettres d’une Péruvienne, was written by a group of Parisian friends, including Charles Pinot Duclos, Jean Dromgold, and Claude Guimond de La Touche. Valleré approached the great Pigalle about sculpting a bust of Mme de Graffigny, but the price was excessive. In his own will, Valleré donated two portraits of Mme de Graffigny to the Bibliothèque royale.

By the time Devaux received the papers bequeathed to him, Mme de Graffigny’s reputation had already faded. Devaux apparently did nothing with the collection of papers he received, except to keep it intact and to add the quarter century of correspondence he already possessed. On his death in 1796, he left it to a friend, Mme Durival, who was even less prepared than Devaux to edit the papers. In 1806, the chevalier de Boufflers, home from the Emigration, heard about the papers, and borrowed Mme de Graffigny’s letters from Cirey – the thirty-odd letters written to Devaux between December 1738 and February 1739 while Mme de Graffigny stayed with Voltaire and Mme Du Châtelet en route to Paris. Boufflers allowed copies to be made; eventually several were in circulation. In 1820 one was published under the suggestive title, La Vie privée de Voltaire et de Mme Du Châtelet. From then on, Mme de Graffigny was notorious as the gossipy guest who had exposed Voltaire’s secrets.

Mme Durival died in 1819, leaving the papers to her adoptive children, whose family name was Noël. The family probably saw the publication as an opportunity to cash in on their bulky legacy, and put it on the market. So far, no document about the actual sale has been found. The Noël family legend, reported by the descendant Georges Noël in his 1913 biography of Mme de Graffigny, held that the papers were sold to a Russian, Count Orlov. Some of the papers were indeed sold to him, and are now in Moscow.

The English bibliophile, Sir Thomas Phillipps, however, acquired the major share. Unknown to the world at large, it remained in his collection until it was auctioned at Sotheby’s in 1965. Phillipps himself died in 1872, but the auction of his library continued until 2006. H. P. Kraus, a New York bookseller, bought most of the Graffigny papers. He donated most of them to Yale University in 1967, and later sold the rest to the Morgan Library in New York. The Bibliothèque nationale de France also purchased some lots.

In 1975, at the suggestion of J. A. Dainard, an international group of scholars formed a team to edit the letters of Mme de Graffigny. From the project’s headquarters at the University of Toronto, Professor Dainard served as general editor until 2013, when ill health forced him to pass the responsibility to English Showalter. Now complete in fifteen volumes, containing 2518 letters, this correspondence has restored Mme de Graffigny to prominence among French Enlightenment writers. The letters themselves constitute an unusual masterpiece, written in a lively personal style, with a frank and intimate portrait of a woman and her society. 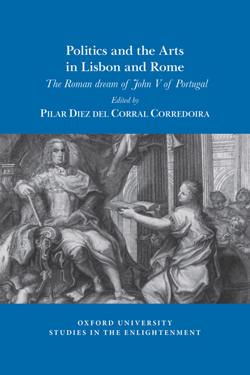