Translating French and Spanish encyclopedia articles from the Enlightenment into English is not easy. There are, of course, the typical problems that one encounters when doing any translation, such as negotiating between surface meanings and deep meanings, dealing with false cognates, contending with idiomatic expressions, and deciding whether to go with a literal or an idiomatic translation. However, when dealing with encyclopedia articles that were written at a furious pace for the gargantuan compilations that were the Encyclopédie méthodique and its Spanish translation, the Encyclopedia metódica, there emerges the problem of translating hurried and at times careless writing that was possibly never proof-read, and certainly never corrected. Knowing that eighteenth-century encyclopedists worked under stringent publication deadlines, the vexed but somewhat amused translator could hardly blame them for suffering the all-too-common professional flaw of careless writing. 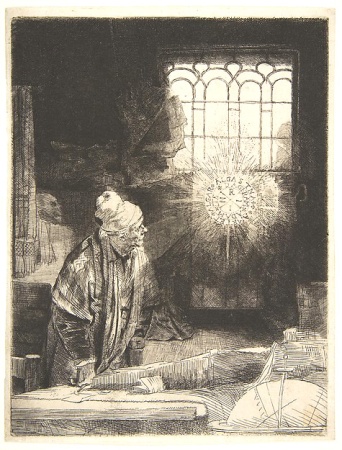 This is what my co-translator, Clorinda Donato, and I encountered when preparing our volume, Enlightenment Spain and the ‘Encyclopédie méthodique’, for which we translated and annotated the articles ‘Espagne’ (from the Méthodique) and ‘España’ (from the Metódica). Although the articles are generally well written, there are nevertheless moments when authors Nicolas Masson de Morvilliers and Julián de Velasco felt the urgency of their task and careened their way through long, convoluted sentences without ever looking back. That a pronoun lost track of its referent, or that a verb strayed so far from its subject that it forgot whether it should be singular or plural mattered little when the encyclopedia mill had to keep grinding. Reading these articles I also find passages where the zeal to badmouth Spain’s backwardness or defend its misunderstood Enlightenment overrode any respect for the conventions of grammar. The passions aroused by Enlightenment debate were just too strong to obey the strictures of the Académie Française and the Real Academia. Indeed, these are the moments when Masson and Velasco are most fun to read.

Annotating these translations also revealed an interesting consequence of such hasty writing. While citing, copying, and paraphrasing was a regular practice among eighteenth-century scholars, the verification of information was not. If a scholar cites a source that is based on a citation that is based on another citation that is based on another citation and so on, that scholar will likely have in his hands a cumulative error, a product of distortions and embellishments. This is what we find in Masson’s negative portrayal of Spain and the Inquisition. Where he cites sources that have been embellished, he enters the fray by adding yet another layer of gleeful embellishment. Indeed, it would not be entirely wrong to say that the polemic emerging out of Masson’s infamous question ‘What does Europe owe Spain?’ is in large measure the result of an Enlightenment version of the game of telephone (or Chinese whispers).

But if haphazard writing and cumulative error are endemic to encyclopedia culture, then how can Enlightenment discourse ever safeguard itself from the vagaries and flighty opinions of scholars such as Masson? This is precisely the question that our volume seeks to answer. By translating and juxtaposing Masson’s and Velasco’s articles on Spain, we see how the Spaniards object to being the butt of the joke running down the telephone chain of French philosophie, and how they insist that the discourse of Enlightenment return to its more noble purpose of advancing civility and rational exchange.

As a scholar of the ‘other’ enlightenments, i.e. those that were not located in England or France, but rather in Spain and Italy, I have been struck by the extent to which the eighteenth-century French rhetorical style controlled the reader’s view of the world. And as a scholar of eighteenth-century encyclopedias, most of which were written in French, I have been equally surprised by how the geographical articles written in these French-language compilations helped shape national identities, as seen not only from within, but also from without. Words are powerful weapons. Who can forget Metternich describing Italy in the nineteenth century as merely “a geographical expression”? Never had there been a more effective rallying cry for national unity.

A new map of Spain and Portugal, from the latest observations [Geography anatomiz’d, or, The geographical grammar: being a short and exact analysis of the whole body of modern geography…: collected from the best authors, and illustrated with divers maps], Gordon, Patrick, fl. 1700, engraving, 1722.

When armchair geographer Masson de Morvilliers penned, in 1783, the equally powerful judgment of the Spanish Empire in the form of the rhetorical question, ‘What do we owe Spain?’, its derogatory impact and dissemination dealt a painful blow to the Spanish intellectual class, which rallied against it en masse. But the reception of the insult hardly stopped there. Allies in Italy and Germany, who had also experienced the negative repercussions of the French whip of words in encyclopedic representations, joined forces with Spain. Virtually overnight, writers, journalists, reformers, and men of science and letters took up the call to verbal arms and composed their responses.

The most important of these rebuttals, the article ‘España’, has been reproduced in our volume Enlightenment Spain and the ‘Encyclopédie méthodique’, in Spanish (with English translation), together with Masson’s French provocation. Reading these articles side by side, I’m always struck by the measured energy of the Spanish translator-authors as they speak their own truth, in Spanish, to the hegemonic power of the French Enlightenment, which in the hands of Masson had branded the Empire as a site of ongoing black legend atrocities, inquisitional tyranny, and fanatical thinking. Against Masson’s defamation, the Spanish encyclopedists culled opposing examples from the virtually unknown cultural history of the Spanish Empire, and in doing so restored Spanish confidence.

In a world in which Spain and Latin America are so well known to us, it is sometimes hard to remember that knowledge about these places was scant and hardly circulated in the vast eighteenth-century encyclopedia market. There were very few books of travel literature devoted to Spain, as the grand tour had taken place in Italy, attracting primarily British and French tourists who wrote extensively about their experiences, albeit it in English and French. I am reminded of a recent article in The Guardian that discusses language use on the web: “Rich countries largely get to define themselves and poor countries largely get defined by others… Inequality in information and representation in different languages online can also affect how we understand places and even how we act in them”. This information inequality, the article claims, has the potential to reinforce colonial-era patterns of information production and representation.

I can’t help but think that the situation of encyclopedias, language, and representation in the eighteenth century is the mirror image of our internet- and content-driven world. It might also not be too far-fetched to think that Masson, with his quarrelsome rhetoric and uninformed Spain-bashing, in some ways mirrors todays Internet troll, who weaponizes historical and cultural sensibilities in order to disrupt the course of knowledge production.

Indeed, who would have thought that eighteenth-century encyclopedism would be so contemporary?

Adam Smith, one of the eighteenth century’s most perceptive minds, claimed in The Wealth of nations that the ‘discovery of America, and that of a passage to the East Indies by the Cape of Good Hope, are the two greatest and most important events in the history of mankind’. His observation illuminates one of the key issues affecting major European powers in the late eighteenth century: where to expand on the world stage?

Britain, for example, was experiencing contrasting fortunes. Having defeated the French in the Seven Years War in what is often regarded as the first global conflict, the British were subsequently defeated in the American War of Independence. Attention was increasingly directed to opportunities offered by the east, as the celebrated voyages of Cook and Bougainville to the Pacific Ocean were opening up new territorial and cultural challenges.

But the relations between east and west were more complicated and nuanced than a simple binary opposition would suggest, as contributors to India and Europe in the global eighteenth century uncover. European rivalries in India produced unanticipated repercussions back in the Old World, expansionist agendas were questioned and enhanced knowledge of ancient Indian civilisations and belief systems challenged the hegemony of Greco-Roman antiquity. India was, in a sense, expanding west and making a mark politically, commercially and culturally in Europe as an essential part of an increasingly interconnected global world.