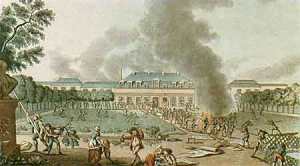 Revolution is one of the great stories of modernity. Much of the last two centuries has been taken up with politics that revolves around revolution – whether it is good, or bad; whether, indeed, it is inevitable and structural, or only ever the fruit of conspiracy and meddling in the natural order of society. A generation ago, the question seemed resolved in the rather paradoxical revolutions against Revolution that ended the reign of Soviet communism – ‘velvet’ revolutions that (mostly) rejected violence in favour of simply performing the redundancy of the supposedly guiding organs of Party and State. But in the decades since, the revolutionary script has been returned to time and again: from Ukraine and Georgia to Lebanon, and even Iceland, politicians and media have placed the ‘revolution’ label on a wide range of upheavals.

In the past few years, revolution has of course taken on once more a harder, bloodier edge: the ‘Arab Spring’ has ranged from relatively peaceful regime-collapse in Tunisia, to violent but ultimately negotiated confrontation in Egypt, armed insurrection in Libya, and now full-blown civil war in Syria. While the latter conflicts have tragically crossed from the political into the military domain, Egypt has been noticeable for the extent to which the ‘script’ of revolution has replayed classic tropes of hope and disillusion, charge and counter-charge, and disquieting returns to the notion that revolutionary virtue should trump constitutional process.

What is most remarkable for historians viewing this is how closely it echoes the experience of the ‘original’ modern revolution of 1789. The mythic story of revolution is one of a volcanic eruption of discontent, erasing the old order, cleansing society and leaving the way clear for a fresh start. But the historical experience of revolution has often been of years of turbulence and trauma. 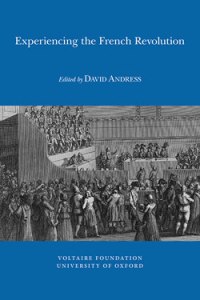 In our new volume, Experiencing the French Revolution, we explore some of the many dimensions of what it meant to live through such times – whether as a consummate political survivor like Jean-Lambert Tallien, or one of the committed Jacobin leaders whose idealism carried them to mutual extermination; whether as a common soldier caught in the gears of ‘revolutionised’ military justice, or a low-ranking official similarly entangled with the dreaded Revolutionary Tribunal. We examine how rhetorics, and realities, of civic sentiment and material generosity became fuel for allegations and extortions, and how ‘Terror’ ingrained itself in the psyche of a generation, with long-lasting, if sometimes unpredictable, effects. We also see how revolution remained a bearer of ideals that expanded beyond the boundaries of France, embracing traditions of liberty in other nations, and carrying the threat of overthrow to oligarchies even in the British Isles.

As 14 July comes round again, and as other nations wrestle to understand what it means to experience revolutionary change, the French Revolution, and the entirely unexpected consequences of its historic leap into the dark, will continue to resonate, perhaps long into the future.